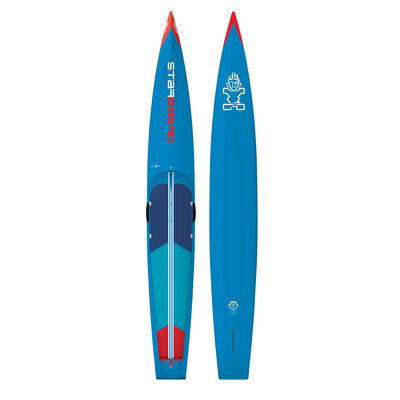 The All Star is the world’s most successful, user-friendly and versatile race design

This item cannot be shipped and can only be picked up at our Ottawa location.

From progressive level riders to elite racers. The All-Star is the world’s most successful, user-friendly and versatile race design. The completely revamped bottom shape accelerates faster on the flat, responds better in chop and is more maneuverable in the surf.

Allows the board to sit higher on the water forcing the board to lift faster with every stroke. It feels lighter to paddle, allowing you to conserve more energy. During sprints, the board accelerates faster, as it lifts and glides on a narrower planing surface.

Upwind it floats over chop easily without getting stuck, allowing you to keep a strong paddle cadence. Downwind it is faster and more responsive to maneuver. More forgiving inside chop, as it’s less affected by the swell as it floats between bumps.

Provides stability, acting like stabilizers similar to a trimaran.

Provides greater float and lift in flat water, allowing for faster acceleration. The added volume gives greater buoyancy and lift upwind and prevents nose-diving when paddling downwind. The pop and release allow the rider to maintain glide with a steady cadence.

Reduces the planing surface by nearly 20%, increasing the glide and overall speed.

Optimize the full outline of the board for greater stability and reduces rolling.

Prevents water from wrapping into the standing area adding excess weight and drag, improves stability in side chop and allows to turn the board when leaning on the rail. Fuller rail directly in front of the standing area provides more pop and stability both upwind and inside chop.

The 2020 All-Star is the ultimate Stand Up Paddleboard. It's redesigned hull brings more play in the surf in addition to increasing tracking ability when touring. The perfect board to take from race day to rest day.

5 stars based on 1 reviews 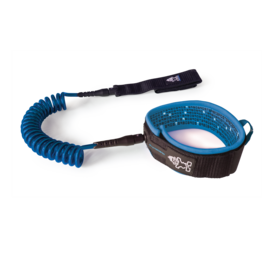 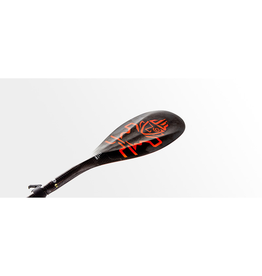 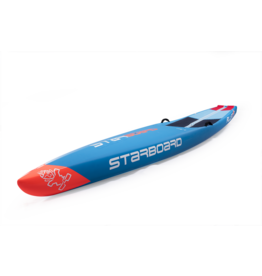